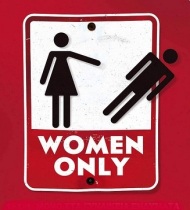 When I started on my PhD voyage over 18 months ago I had to make a number of choices to refine my research topic. I have 3-5 years to produce some highly specialised and focused work, so it has to link and it has to be specific to my question. Along the way I have filled in numerous ethical approval forms, risk assessment forms and really had to consider the potential damage I could cause, even from a seemingly harmless questionnaire. But my aim is to help a neglected group of autistic individuals who want to be helped, how much controversy could there be?

The issue of sexism in research focused on females with autism never crossed my mind, yet has been brought up in past weeks enough for me to consider it a possible issue. Can we focus on only one gender in a non-sexist way, or is it sexist to exclude a group from analysis?

Sexism in autism research is certainly not a new concept, although usually the shoe is on the other foot. The ‘Extreme Male Brain Theory’ certainly had women like myself banging our fists on the table, most of the research supporting it were extremely male biased with barely any female participants. But then again the condition affects males more than females right? Wrong. To understand autism we have to understand how all different types of people experience it. So far we know a lot about males, but we have hardly any research of how it manifests in females. Ideally we would see research that could deal with autism rather than gender, but how can we conduct that research when the tables haven’t been balanced? Is it not discriminatory in itself to try and hinder this quest for equality and instead of celebrating the knowledge it may bring to all, shut it down with the stamp of ‘sexest’?

The statistics are loud and clear, only one fifth of girls are diagnosed with autism by the age of 11 compared to over half of boys. Girls with autism have more mental health problems, are diagnosed later in life, often misdiagnosed and mistreated, and often the victims of sexual assault and abuse. That is not to say that males with autism do not also suffer from these difficulties, but in research we speak of groups and norms, it is not possible to pick out and help each individual but you hope that you can generally help many people in your target population.

The second part of this question: Is it sexist to claim there are differences in behaviour between the sexes? My research is based on the theory that females are better at hiding their autistic impairments and in many cases masking it. This is based on the numerous first-hand accounts of females on the spectrum who were not diagnosed until later in life, compared to the many more numerous reports of male typical autism. Note that we only talk about typical behaviours, this does not mean everyone but instead refers to the majority.

The very reason women are masking their impairments is because of the male biased view we have, which is ambivalently sexist towards them. Research has found parents are more concerned with females who have difficulty socialising than the parents of males with the same difficulties, and as a result females reported they had more problems too. Because of this female specific issue to having autism a different set of coping mechanisms naturally arise to those of males. Again, some males may also experience this, but we are just discussing the majority of cases here.

If we look at cases of depression, which are often heavily female biased, we see a slightly different manifestation of the illness in males as a result. There is more reluctance to seek help, and more attempts at trying to cover it up, and, probably as a result, often more suicides in men. Is it sexist to investigate how males suffer from depression and how they can best be helped in different ways to females? Absolutely not and I would fully support this research.

Ultimately the main goal of any scientific research is to help a population, never to put another down as a result, that would be wholly unprofessional and counterproductive. Measures are put in place to insure discriminatory behaviour does not occur, equality is given to all research subjects irrespective of gender, or indeed race or other dividing factors. However, it is important to accept difference between groups if we are to learn anything about anything. Fundamentally the core impairments are the same for all those with autism, and the diagnosis procedure and support framework the same too. But there are a large number missing out on this and that doesn’t seem fair, we must understand why it happens.

← ARCHIVED – Having a dog can improve social skills of autistic children
ARCHIVED – The Politics of Autism: What the UK election means for autism →