ARCHIVED Autism Diagnosis II – The Psychology of it all

I had been looking forw 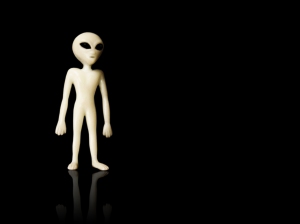 ard to my Autism Assessment. Mainly because I was being offered three hours to fill in questionnaires, one of my favourite activities; ticking boxes which then creates some sort of output result – if only real life was like this! Upon leaving the assessment however, I felt completely inept at life, and like I’d just discovered I was an alien who had merely learnt to pretend to communicate with ‘neuro-typicals’; a word that incidentally makes me feel even more like an alien who has been brought up in a defunct test tube. The psychiatrists congratulatory “well done on getting this far”, did not help matters. On the other hand had I really considered what a diagnosis would mean? In order to be diagnosed you’re sort of admitting there is a problem, something which sets you apart from the ‘typicals’ of this world; people don’t get diagnosed as being very sociable or having a good sense of humour. There are many valuable and positive traits to Aspergers, but the assessment will only ever look at the impairments it creates, and for many reasons I am glad I went through it.
Despite Hans Asperger recognising autistic behaviours in children over 76 years ago, adult testing for Autism Spectrum Conditions (ASC) has only really become available in the last decade, thanks to research centres such as Simon Baron-Cohen’s Autism Research Centre in Cambridge. The Adult Autism Assessment (AAA) questionnaire was devised by his team in 2006, and revealed a whole generation of missed autism diagnoses. The condition is clearly life long,  so why did it take so long so get diagnosed? The typical method for testing children revolves around the observation of their behaviour and play; in particular the ‘Sally-Ann’ test became a popular method. This tests the child’s ‘Theory of Mind’ (ToM), or in laymen’s terms their ability to understand that someone else may have different beliefs to their own. However, even adults with autism will have developed a better ToM and learnt to cover up their ‘autistic behaviours’ by the time they are in their 20s or 30s compared to when they were 5. A more objective assessment was needed. The AAA teamed with the Empathy Quotient for Adults (EQ), the Adult Systemising Quotient (SQ) and a highly detailed history regarding the childhood from both the patient and a Next of Kin who has been with them since birth, creates both a reliable and valid assessment for adults seeking an autism diagnosis.
I was fortunate enough to be assessed by CLASS (Cambridge Lifespan Asperger Syndrome Service) led by Baron-Cohen. I was also fortunate enough to be tested during a period where much has come to light about autistic females. When the tests were first devised it was thought that females with autism were very rare; with a ratio of 4 boys to 1 girl with the condition. This stemmed from the idea that those with autism seemed to show an extreme form of the male brain, loving systems and showing a lack of empathy. I recently sat in a room with 12 others discussing autism, none of the males had an autism diagnosis, but at least two of us females had, go figure. Recent research suggests that instead women are much better at covering their symptoms due to their expected role in society. If I had had the assessment five years ago my autism would probably have been missed, as I have become highly skilled in covering my traits. This is a very exciting time in the history of Autism Diagnosis, one that I am proud to have taken part in both personally and, hopefully in the near future, professionally also, even if I have spent every day since wondering if I should employ a full-time carer to help me negotiate the foreign land of social beings in order to ensure my survival.

← ARCHIVED An Autism Diagnosis – The bigger picture I’d been searching for
ARCHIVED The Spectrum: A little high, a little low →